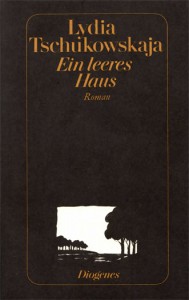 This is an everyday story no one could simply make up from scratch. It is a tale about Olga Petrovna, an initially happy soviet stenotypist, model citizen and proud mother of a smart, thoroughly communist son. She is basically minding her own business, believing the propaganda she reads in the Pravda even when they write about alleged crimes of former, now arrested friends, acquaintances and colleagues. Because no innocent soul would be falsely convicted of anything in the Soviet Union, right?

The plot takes place during the time of the Great Purge, so at one point her son gets arrested and Olga is torn out of her comfortable, naïve word and thrown into the harsh and bureaucratic reality of the Soviet Union where you cannot trust anyone anymore. Čukovskaja hereby impressively documents the way in which the Stalinist regime operated and what that looked and felt like for ordinary citizens. What it did to thousands or even millions of mothers, fathers, siblings and friends.

The whole story is told in a simple, pretty straight forward way that definitely makes an impact on the reader. Although you only experience Olga’s deep frustration and her helplessness secondhand (or even thirdhand), it is still enough to give you goosebumps.
It is a short novel, so not too much is said, but also not too little, yet everything that is written between the lines speaks volumes.